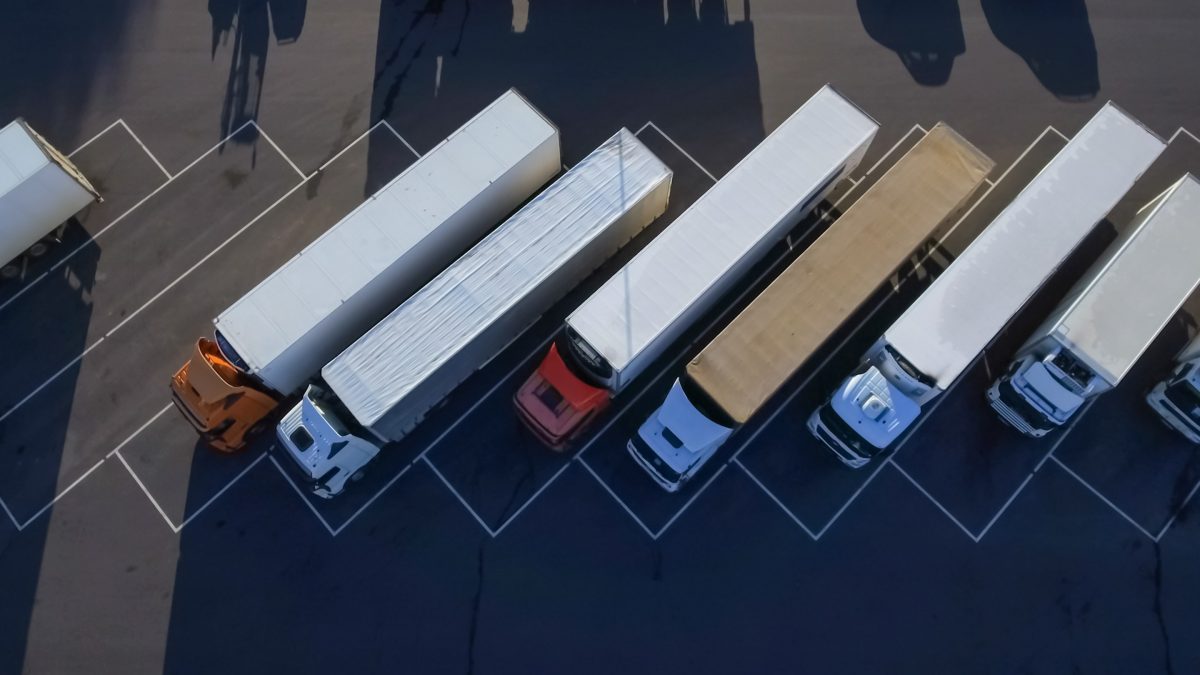 The top trucking companies planning big investments and more strategic operations geared to serve shippers in a roaring freight environment—one that’s being driven by a booming economy and a tight labor market.

Freight markets come in highly predictable waves. Unfortunately for shippers, the wave they’re being hit with now contains a tsunami of higher rates, as truckers make up ground lost by the long slog back to normalcy following the Great Recession of 2008-2009.

In fact, this current cycle might as well be called the roaring freight market of 2017-2018. Freight is overflowing, even in the first quarter—traditionally the slowest quarter of the year. Carriers, hampered by a lack of drivers and faced with new time constraints due to mandatory electronic logging devices (ELDs), are increasingly being choosy in picking the best-yielding freight for their bottom lines.

As Logistics Management discloses in its annual examination of the Top 25 trucking companies, nearly all of the Top 50 carriers are profitable, some with eye-popping efficiency, such as Old Dominion Freight Line’s (ODFL) industry-leading 82.5 operating ratio for last year. Keep in mind ODFL is posting that impressive ratio while growing annual revenue 10% to more than $3 billion last year.

It’s this combination of growth and profitability that nearly all members of Logistics Management’s Top 50 strive for in the dog-eat-dog, pennies-on-the-dollar, deregulated trucking environment. Let’s examine some moves that the Top 50 are making to maximize profitability and growth in this booming freight environment.

All the right moves

After years of delaying capital expenditures or minimizing expansion plans, top trucking companies are loosening their purse strings in what they say is a badly needed recapitalization effort. While they may not be expanding the number of trucks, they’re bolstering their networks with newer, more fuel-efficient tractor units, and in some cases adding terminal capacity.

Carrier executives say that the Trump administration’s corporate tax cuts taking effect this year, along with a reduction in regulations, have combined to create a bull market in investments by carriers.

Class 8 heavy truck sales rose 43% year over year in December to more than 22,000 units. That was the most of any month last year and the most since July 2018, according to WardsAuto.com. In fact, market leader Freightliner nearly doubled its December Class 8 sales compared with December 2017.

“Overall market fundamentals is the big thing,” says Darren Hawkins, president and COO of YRC Worldwide. Hawkins is taking over for YRC Chairman and CEO James Welch, who is retiring July 31. “Market dynamics are driving this.”

Overseeing the parent company of YRC Freight and three regional less-than-truckload (LTL) carriers (New Penn, Holland and Reddaway), Hawkins says that the LTL giant is well positioned for 2018’s surging demand—and meeting that demand with its youngest fleet in decades. Currently, 68% of YRC Freight’s line-haul tractors will be less than three years old, he adds, nearly double what it was as of the end of 2016.

“Upgrading the fleet not only enhances safety, but we also see a noticeable improvement in fuel efficiency, service reliability and a decrease in maintenance expenses compared to the units replaced,” says Hawkins.

In addition to prioritizing yield improvement, Hawkins says that 2018 strategic objectives for YRC Freight include safety measures, including in-cab technology that delivers dividends around accident avoidance and is being supplemented by a new investment around employee injury avoidance.

For example, YRC recently re-engineered eight regional distribution centers to prepare for what it expects is a flood of freight this summer, Hawkins disclosed. The result is faster processing, greater density and fewer transfers of customer shipments, he said.

“YRC’s multi-year change management and technology investments around line-haul, pickup and delivery operations is now maturing into a 2018 benefit through overall mile reduction, better cube utilization and intended cost reduction,” says Hawkins. “These large projects are being implemented in stages, and network benefits should continue to align around each additional install throughout 2018.”

YRC is hardly alone. UPS, parent of LTL unit UPS Freight, says it plans to spend $12 billion on investments to expand its logistics network, increase pension funding and position the company to “further enhance” shareowner value. Not to be outdone, FedEx Corp., parent of FedEx Freight, says it’s investing $3.2 billion in tax savings. Not all will go to the LTL unit, of course, but it’s indicative of the investments carriers are making.

Until last year, LTL carriers were largely immune from the driver shortage that’s plaguing growth in the truckload (TL) sector. The American Trucking Associations (ATA) estimated that the industry is short about 50,000 drivers right now, with some of those shortages in the LTL sphere.

“It’s more so in the truckload space, but it’s becoming a problem in LTL as well,” says Chuck Hammel, president of Pitt Ohio. “As an industry, we need to start recruiting younger employees and train them as drivers. Each year we lose more and more drivers to retirement, and it’s difficult to replace those drivers, let alone grow our driver workforce. Today it seems that most companies replace those drivers by poaching them from other companies, and that’s not sustainable.”

In the TL sector, sign-on bonuses as high as $10,000 are being offered for drivers who last one year with a company. Even so, driver turnover in the TL sector rose 5 percentage points to 95% turnover in last year’s third quarter, according to Bob Costello, chief economist for the ATA.

Fritz Holzgrefe, executive vice president of finance and CFO at Saia Motor Fright Line, says that LTL carriers are seeing some impact from TL market capacity dynamics. “The driver market continues to be challenging,” he says. Like a lot of competitors, Saia is offering prospective drivers the favorable LTL lifestyle along with competitive pay, rising benefits, and comparatively new equipment.

After years of retrenchment, a new development at YRC is driver hiring. According to Hawkins, YRC is using technology such as an applicant tracking system that allows for streamlining processes and reducing time to hire. “We’ve made investments in recruiting personnel to allow for additional driver training instructors throughout the network to support our tuition-free driving schools,” he says, adding that YRC operates over 80 driving schools throughout the country and continues to focus on promoting the dock-to-driver program to find over-the-road drivers from its most motivated dock workers.

Hawkins adds that YRC and other unionized LTL operators (UPS Freight and ABF Freight System) should theoretically be in the best positions to attract drivers. But a shortage of workers appears even despite a more favorable work-life balance, more predictable schedules and union protection.

“We’re still capable of attracting drivers from other modes as well due to the quality of life around LTL,” adds Hawkins. “And our turnover is not near what you see in other segments.”

Indeed, carriers seem to be opening the purse strings to attract and retain drivers. The parent of FedEx Freight says that it will spend more than $200 million to increase compensation for its staff at all its operating units, with pay increases taking effect April 1, instead of the usual Oct. 1 date.

Several other carriers have reported that they’ll offer pay increases or bonuses this year. Old Dominion recently allocated $500 to all 22,000 employees to be distributed this year, while many carriers are increasing driver and dock pay in an effort to retain employees in a tight labor market.

As Old Dominion CEO David Congdon, who will be stepping down as part of planned executive succession next month, recently wrote in an email to employees: “The president has signed a historic tax reform bill that should reduce our taxes and also generate growth for the U.S. economy. We expect that the anticipated improvement in the economy will create additional opportunities for use to win market share and grow our company more than originally anticipated.”

What’s the deal with rates?

Carriers have rarely been as bold as they are now in seeking adequate returns. According to Satish Jindel, a leading trucking analyst and principal of SJ Consulting, carriers should be able to get 5% or more in their base freight rates this year.

“However, it’s not just the base rate that’s rising,” says Jindel. “Carriers are doing a better job capturing accurate dimensional pricing and accessorial charges, and shippers should recognize that this environment isn’t temporary and will continue for most of 2018.”

Carrier executives say that the most sophisticated shippers realize that their rates must rise in this tight capacity market, but some continue to hunt for the best price as they increasingly put more of their freight on the market for open bids.

“Shippers realize that capacity has tightened, but they’re still fighting to keep their rates from increasing too much,” says Pitt Ohio’s Hammel. “Some are putting their business out for bid, but are receiving rate increases anyway.”

Analysts agree. “Pricing remains strong, but what’s maybe misleading about the overall yield number was that fuel surcharges were a headwind the past couple of years,” says Stifel Inc. trucking analyst David Ross. “As a result, yield declined. However, now fuel surcharges have moved from being neutral to maybe a slight tailwind.”

In this environment, Ross is now predicting core LTL price increases in the 3% to 4% range. “That’s the least carriers can recover to cover their rising cost of labor,” he adds.

According to Wayne Spain, Averitt’s president and chief operating officer, the “majority” of shippers realize capacity has tightened, but added that “many have not necessarily experienced it to a strong degree yet.” He said Averitt’s internal North American supply chain survey showed that nearly 20% of shippers said they’ve experienced capacity challenges in the past year—an 8% increase over the previous year’s results.

Spain and other trucking executives emphasized that shippers and carriers need to work more closely together now more than ever. “We’re being hit with double-digit increases in nearly everything—trucks, tires, trailers, healthcare costs and employee wages,” says Myron Shevell, chairman of Shevell Group, parent of Northeast LTL carrier New England Motor Freight. “We can’t absorb all these costs by ourselves, and if we did we would all be out of business and there would be no one to haul freight in the Northeast. Shippers have to realize this is a new era for pricing, and it’s not going away any time soon.”

Other executives concur. “Shippers are beginning to understand the dynamics in the current transportation markets,” adds Saia’s Holzgrefe. “The rate environment remains positive.” 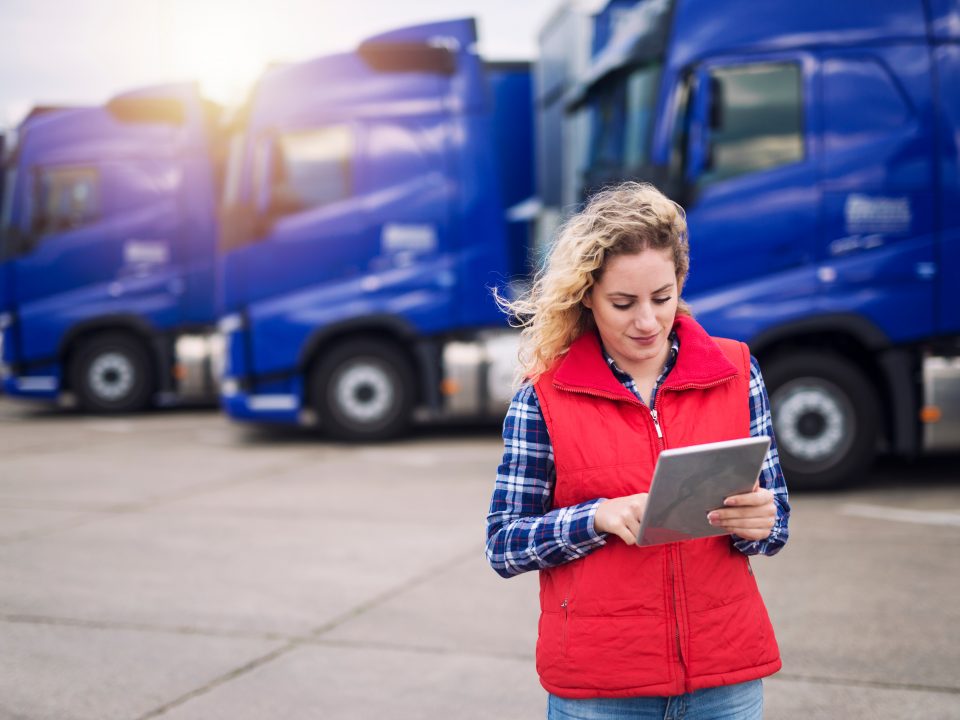